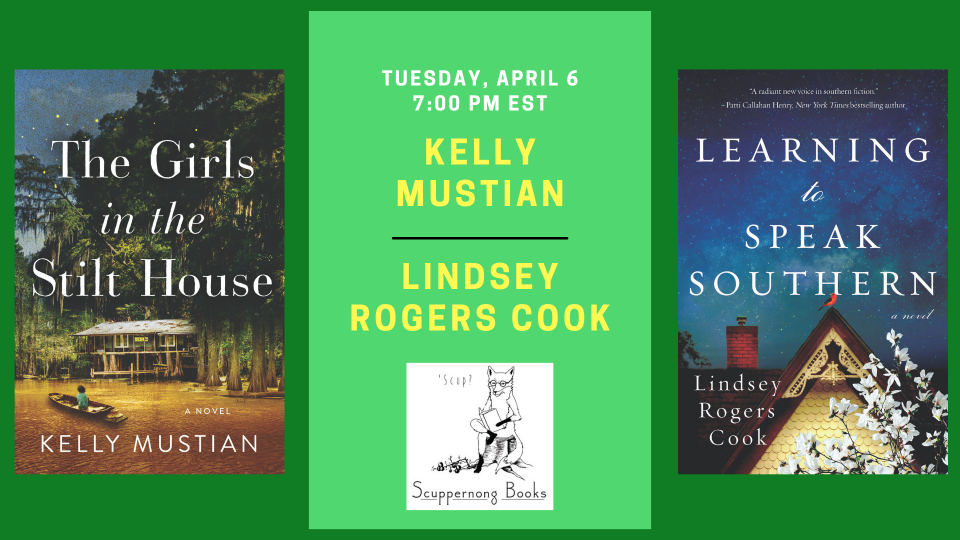 The Girls in the Stilt House by Kelly Mustian

Set in 1920s Mississippi, this debut Southern novel weaves a beautiful and harrowing story of two teenage girls cast in an unlikely partnership through murder—perfect for readers of Where the Crawdads Sing and If the Creek Don’t Rise.

Ada promised herself she would never go back to the Trace, to her hard life on the swamp and her harsh father. But now, after running away to Baton Rouge and briefly knowing a different kind of life, she finds herself with nowhere to go but back home. And she knows there will be a price to pay with her father.

Matilda, daughter of a sharecropper, is from the other side of the Trace. Doing what she can to protect her family from the whims and demands of some particularly callous locals is an ongoing struggle. She forms a plan to go north, to pack up the secrets she’s holding about her life in the South and hang them on the line for all to see in Ohio.

As the two girls are drawn deeper into a dangerous world of bootleggers and moral corruption, they must come to terms with the complexities of their tenuous bond and a hidden past that links them in ways that could cost them their lives.

A searing Southern story about confronting the difference between the family you're born into and the family you choose, from the acclaimed author of How to Bury Your Brother

Lex fled Memphis years ago, making ends meet with odd jobs teaching English around the world. She only returns when she has no choice, when her godmother presents her with a bargain she can't refuse. Lex has never understood her mother, who died tragically right before Lex's college graduation, but now she's got a chance to read her journals, to try and figure out what sent her mother spiraling all those years ago.

The Memphis that Lex inhabits is more bourbon and bbq joint than sweet tea on front porches, and as she pieces together the Memphis her mother knew, seeing the lure of the world through her mother's lush writing, she must confront more of her own past and the people she left behind. Once all is laid bare, Lex must decide for herself: What is the true meaning of family?

Deonna Kelli Sayed is an author and performer based in Greensboro, North Carolina. Her work is featured in various anthologies, and at Red Fez and Drunk Monkeys. She represents PEN America as the NC Piedmont Representative, and works for the North Carolina Writers’ Network.

All attendees will be entered to win a $30 gift card to Scuppernong Books. Additional $10 gift cards will be awarded throughout the night!

Register in advance for this meeting:
https://us02web.zoom.us/meeting/register/tZYodOqsqDstGtQkjSJQZsXeRPfE9XkOqNtr

The Girls in the Stilt House (Hardcover)

This feature require that you enable JavaScript in your browser.
END_OF_DOCUMENT_TOKEN_TO_BE_REPLACED

This feature require that you enable JavaScript in your browser.
END_OF_DOCUMENT_TOKEN_TO_BE_REPLACED

This feature require that you enable JavaScript in your browser.
END_OF_DOCUMENT_TOKEN_TO_BE_REPLACED