Scrool Down for Log-In Information 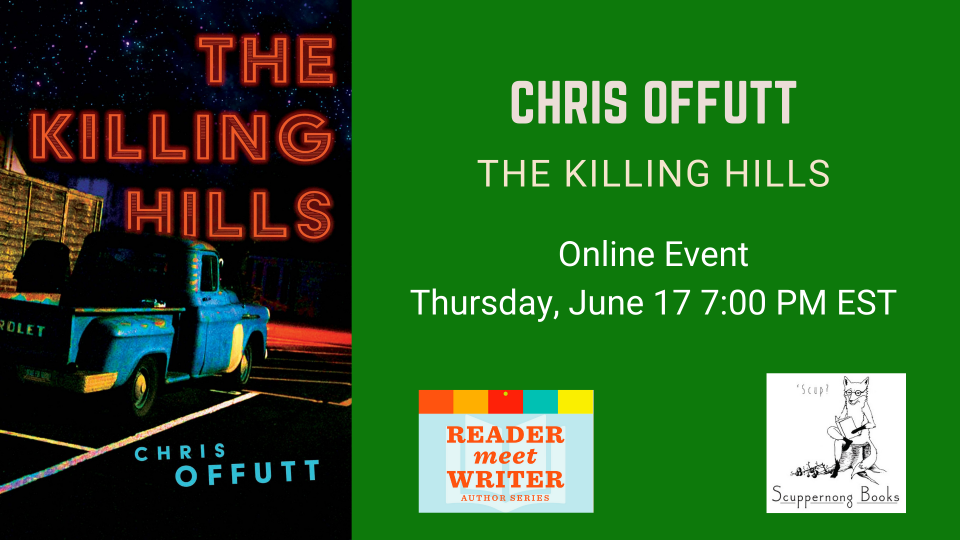 A literary master across genres, award-winning author Chris Offutt’s latest novel, The Killing Hills, is a compelling, propulsive thriller in which a suspicious death exposes the loyalties and rivalries of a deep-rooted and fiercely private community in the Kentucky backwoods.

Mick Hardin, a combat veteran now working as an Army CID agent, is home on a leave that is almost done. His wife is about to give birth, but they aren’t getting along. His sister, newly risen to sheriff, has just landed her first murder case, and local politicians are pushing for city police or the FBI to take the case. Are they convinced she can’t handle it, or is there something else at work? She calls on Mick who, with his homicide investigation experience and familiarity with the terrain, is well-suited to staying under the radar. As he delves into the investigation, he dodges his commanding officer’s increasingly urgent calls while attempting to head off further murders. And he needs to talk to his wife.

The Killing Hills is a novel of betrayal―sexual, personal, within and between the clans that populate the hollers―and the way it so often shades into violence. Chris Offutt has delivered a dark, witty, and absolutely compelling novel of murder and honor, with an investigator-hero unlike any in fiction.

“Everyone should be reading Chris Offutt.”―Garth Greenwell

Chris Offutt is the author of the short-story collections Kentucky Straight and Out of the Woods, the novel The Good Brother, and three memoirs: The Same River Twice, No Heroes, and My Father, the Pornographer. His work has appeared in Best American Short Stories and Best American Essays, among many other places. He has written screenplays for Weeds, True Blood, and Treme, and has received fellowships from the Lannan and Guggenheim foundations.

My Father, the Pornographer: A Memoir (Paperback)

This feature require that you enable JavaScript in your browser.
END_OF_DOCUMENT_TOKEN_TO_BE_REPLACED

This feature require that you enable JavaScript in your browser.
END_OF_DOCUMENT_TOKEN_TO_BE_REPLACED

This feature require that you enable JavaScript in your browser.
END_OF_DOCUMENT_TOKEN_TO_BE_REPLACED