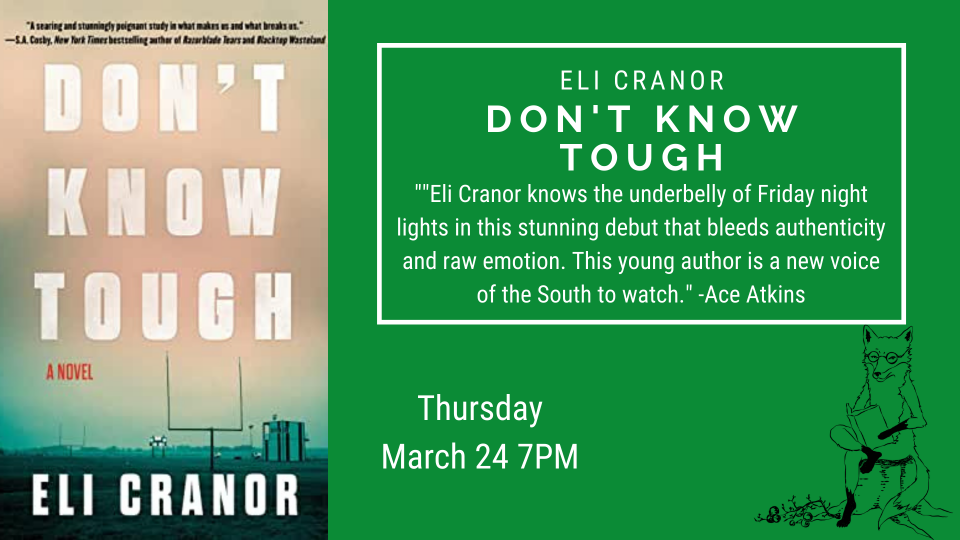 In Denton, Arkansas, the fate of the high school football team rests on the shoulders of Billy Lowe, a volatile but talented running back. Billy comes from an extremely troubled home: a trailer park where he is terrorized by his unstable mother’s abusive boyfriend. Billy takes out his anger on the field, but when his savagery crosses a line, he faces suspension.

Without Billy Lowe, the Denton Pirates can kiss their playoff bid goodbye. But the head coach, Trent Powers, who just moved from California with his wife and two children for this job, has more than just his paycheck riding on Billy’s bad behavior. As a born-again Christian, Trent feels a divine calling to save Billy—save him from his circumstances, and save his soul.

Then Billy’s abuser is found murdered in the Lowe family trailer, and all evidence points toward Billy. Now nothing can stop an explosive chain of violence that could tear the whole town apart on the eve of the playoffs.

"Don't Know Tough is a searing and stunningly poignant study in what makes us and what breaks us and ultimately what brings us to a place of peace. Eli Cranor is that rare writer who can make you gasp, cry and cheer often in the same paragraph.”
—S.A. Cosby, New York Times best selling author of Razorblade Tears and Blacktop Wasteland

“Don't Know Tough is a powerful and moving debut. Eli Cranor's writing is honest and unflinching. But what ultimately elevates this novel is its surprising tenderness. I read it in one sitting, and it'll stay with me.”
—James Kestrel, author of Five Decembers, Edgar Award Finalist for Best Novel

Eli Cranor played quarterback at every level: peewee to professional, and then coached high school football for five years. These days, he's traded in the pigskin for a laptop, writing from Arkansas where he lives with his wife and kids. His fiction has won The Greensboro Review's Robert Watson Literary Prize and been a runner-up for The Missouri Review's Miller Prize. Eli also writes a nationally syndicated sports column, "Athletic Support," and his craft column, "Shop Talk," appears monthly at CrimeReads. His debut novel, Don't Know Tough, won the Peter Lovesey First Crime Novel Contest. Eli is currently at work on his next novel.

This feature require that you enable JavaScript in your browser.
END_OF_DOCUMENT_TOKEN_TO_BE_REPLACED

This feature require that you enable JavaScript in your browser.
END_OF_DOCUMENT_TOKEN_TO_BE_REPLACED

This feature require that you enable JavaScript in your browser.
END_OF_DOCUMENT_TOKEN_TO_BE_REPLACED