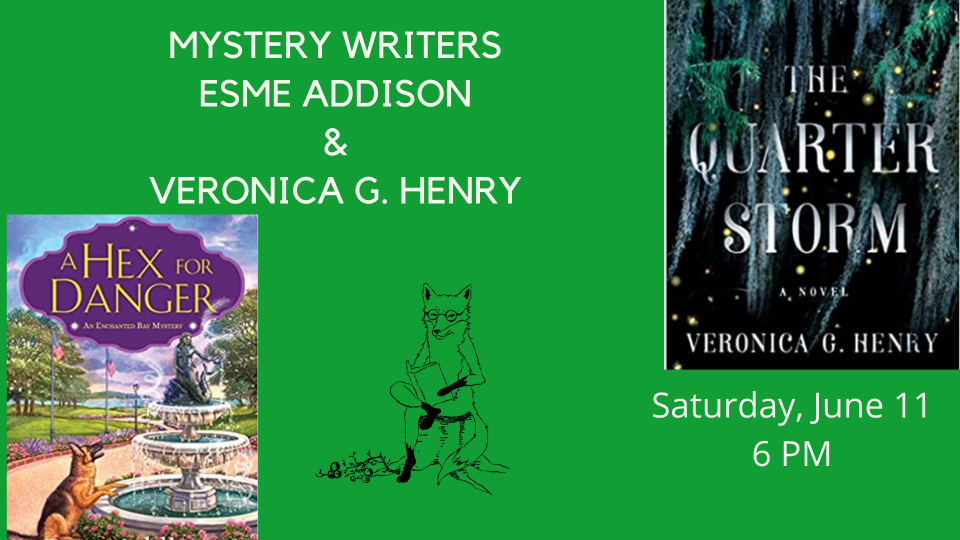 The small town of Bellamy Bay has its share of skeletons in its closet, but it isn't used to bodies turning up in the local history museum. After all, this Coastal North Carolina town is much like any other...except, of course, for the mermaids.

Helping to run the family business, an herbal apothecary, while keeping her supernatural secret hidden is no easy feat for water witch Aleksandra Daniels. But somehow she's still found time to help her friend Celeste, who has her own Caribbean mermaid heritage, plan the annual Mermaid Festival. As fun-seekers throng the beaches, Alex gets to know and is intrigued by renowned artist Neve Ryland, who's in town to decorate the local park with a mermaid-themed mural. Celeste, however, is less enamored with the artist, as Neve has been spending entirely too much one-on-one time with her boyfriend, Jasper, the director of Bellamy Bay's history museum. Then, a reception for Neve ends abruptly when the artist is found dead in his office.

The police investigation nets Celeste who asks Alex to find the true culprit. With the help of her magically inclined aunt and cousins, Alex dives in to clear her friend's name. But there was more to Neve Ryland than met the eye, and Alex fears she may be in way too deep. Will she catch the crook or be next on the hook?

In The Quarter Storm, a practitioner of Vodou must test the boundaries of her powers to solve a ritual murder in New Orleans and protect everything she holds sacred.

Haitian-American Vodou priestess Mambo Reina Dumond runs a healing practice from her New Orleans home. Gifted with water magic since she was a child, Reina is devoted to the benevolent traditions of her ancestors.

After a ritual slaying in the French Quarter, police arrest a fellow vodouisant. Detective Roman Frost, Reina’s ex-boyfriend―a fierce nonbeliever―is eager to tie the crime, and half a dozen others, to the Vodou practitioners of New Orleans. Reina resolves to find the real killer and defend the Vodou practice and customs, but the motives behind the murder are deeper and darker than she imagines.

As Reina delves into the city’s shadows, she untangles more than just the truth behind a devious crime. It’s a conspiracy. As a killer wields dangerous magic to thwart Reina’s investigation, she must tap into the strength of her own power and faith to solve a mystery that threatens to destroy her entire way of life.

Ever since Esme Addison discovered Nancy Drew, she's wanted to solve mysteries. As a mystery author, she's finally found a way to make that dream come true. Esme lives in Raleigh, NC with her family. When she's not writing or dreaming up new mysteries for her sleuths to stumble upon, you can find her dancing her calories away in Zumba, patronizing her local bookstores or visiting the beach, the mountains and all historical sites in between.

Veronica G. Henry was born in Brooklyn, New York, and has been a bit of a rolling stone ever since. She is a graduate of the Viable Paradise Workshop, a member of SFWA, and an Author Spotlight interviewer for Fantasy Magazine. Her work has appeared in various online publications. The author of the novel Bacchanal, she now writes from North Carolina, where she eschews rollerballs for fountain pens and fine paper. Other untreated addictions include chocolate and cupcakes. For more information, visit www.veronicahenry.net.

A Hex for Danger: An Enchanted Bay Mystery (Hardcover)

This feature require that you enable JavaScript in your browser.
END_OF_DOCUMENT_TOKEN_TO_BE_REPLACED

This feature require that you enable JavaScript in your browser.
END_OF_DOCUMENT_TOKEN_TO_BE_REPLACED

This feature require that you enable JavaScript in your browser.
END_OF_DOCUMENT_TOKEN_TO_BE_REPLACED