in conversation with Parke Puterbaugh

Transmission and Transgression: The History of Rock 'n' Roll on Television 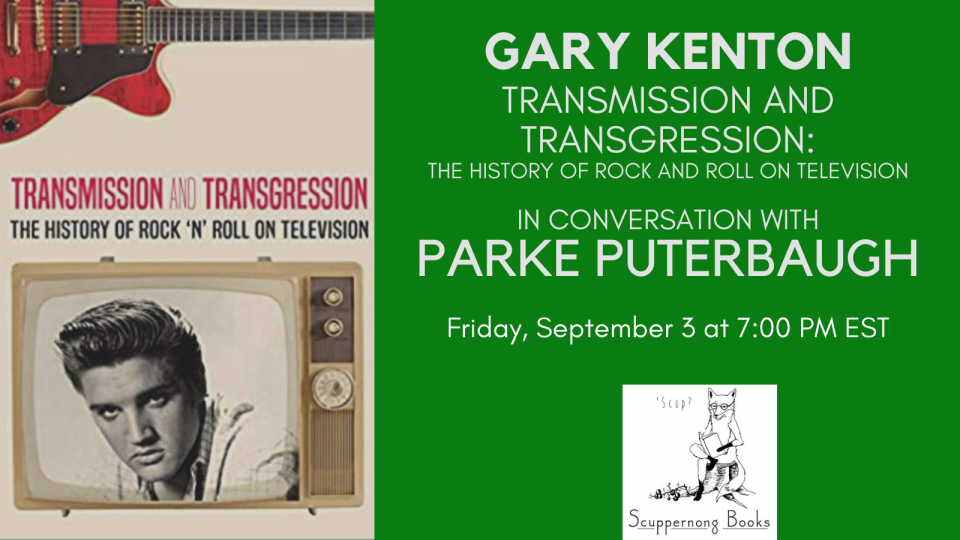 When MTV (Music Television channel) was established in 1981, an executive claimed that they had "integrated the most powerful forces in our two decades, TV and rock ‘n’ roll." In fact, this problematic relationship began in the mid-1950s, when the advent of rock ‘n’ roll represented a musical and cultural revolution. The backlash against the music and the youth culture from which it emanated, described here as "rockaphobia," was reflected in a process of adulteration, racism, and co-optation by television programmers, spearheaded by American Bandstand. This interplay between rock ‘n’ roll and television played a significant role in alienating baby boomers from the mainstream, motivating them to create their own countercultural identity. This social migration helped to delineate the boundaries that would be identified in the 1960s as the generation gap.

Transmission and Transgression uses an interdisciplinary approach informed by media ecology, the theoretical framework which recognizes that each communication technology, or medium, creates its own unique environment, independent of content. This analysis allows the author to identify inherent technological and sensory incompatibilities between the medium of television and the cultural practice of rock ‘n’ roll, and to place these tensions within the broader shift of physiological emphasis from the traditional, tribal world dominated by the ear to the modern world which privileges the eye. Even in its remediated, diluted form, rock music has occupied a significant niche on television, and this book is the most comprehensive summary, celebration, and analysis of that history.

“This book is a superb, welcomed examination of the interrelationship between these two defining media of the boomer generation, but with emphasis on how popular music has impacted the boomers in a more pronounced and profound way than television ever did.” ―Thom Gencarelli, co-editor of Baby Boomers and Popular Culture

“Gary Kenton combines a rock journalist’s know-how with scholarly erudition in this engrossing study of the intersection of television and rock ‘n’ roll. ... Transmission and Transgression is a pioneering work of media ecology for anyone wanting to understand rock ‘n’ roll through the lens of the often-disapproving television camera.” ―Parke Puterbaugh, author of Phish: The Biography

This feature require that you enable JavaScript in your browser.
END_OF_DOCUMENT_TOKEN_TO_BE_REPLACED

This feature require that you enable JavaScript in your browser.
END_OF_DOCUMENT_TOKEN_TO_BE_REPLACED

This feature require that you enable JavaScript in your browser.
END_OF_DOCUMENT_TOKEN_TO_BE_REPLACED