The Life and Work of O.Henry: Ben Yagoda and Jim Dodson in Conversation 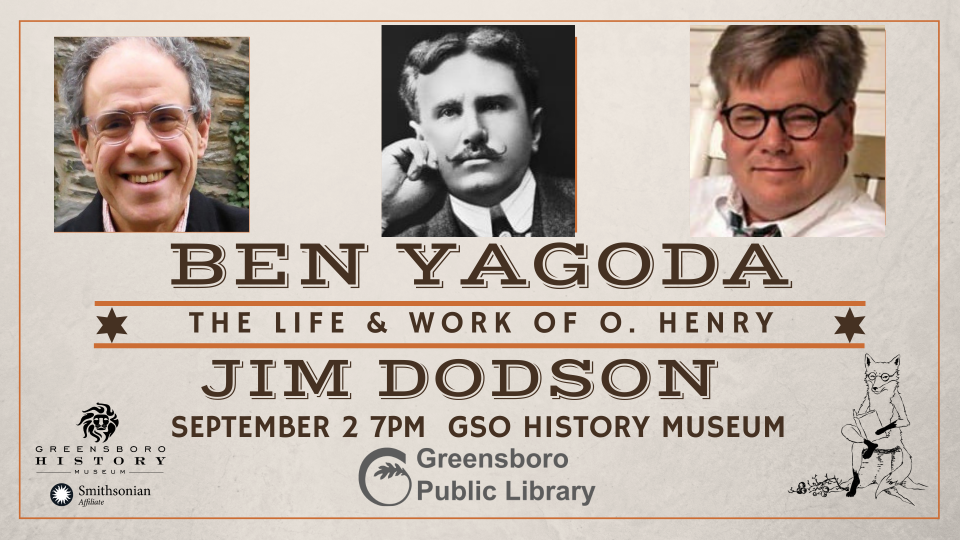 Texas troubadour, convicted embezzler, and adopted New Yorker William Sidney Porter—better known as O. Henry—was one of the world’s great storytellers. A master of cunning plots and a gifted humorist, he is best known today for his beloved tale “The Gift of the Magi.” But O. Henry’s palette of moods and methods was as expansive as his exuberant imagination.

This Library of America volume offers a fresh look at the full range of his literary genius. Here are 101 stories, including such favorites as “The Ransom of Red Chief,” “The Last of the Troubadours,” and “The Cop and the Anthem,” alongside lesser-known and previously uncollected stories, including three early tales published here for the first time. With full annotation and a newly researched chronology of Porter’s life and career, this is a definitive edition for modern readers of a major American writer.

"A treasure vault of work by a master of the short story form. . . . Yagoda’s well-selected anthology follows O. Henry through all his phases, from Texas bank clerk to fugitive (on account of embezzlement) in Honduras, federal prisoner, and, finally, reasonably successful New Yorker. The volume’s highlight, of course, is Henry’s best-known and much-loved story, 'The Ransom of Red Chief,' in which two con men kidnap a 'boy of ten, with bas-relief freckles, and hair the colour of the cover of the magazine you buy at the news-stand when you want to catch a train,' who makes their lives a bit of hell on Earth. Most of the stories, 'Red Chief' foremost among them, read as if freshly written. . . . The volume provides ample evidence for why one of American literature’s most eminent literary awards should be named for the author.  Essential for students of the short story and for fans of Henry’s work." —Kirkus Reviews (starred review)

Ben Yagoda, editor, is the author or editor of thirteen books, including The B-Side: The Death of Tin Pan Alley and the Rebirth of the Great American Song; About Town: The New Yorker and the World It Made; and How to Not Write Bad. His work has been published in The American Scholar, The Atlantic, Esquire, the New York Times Magazine, Slate, and many other publications. A Guggenheim Fellow, he is Professor Emeritus of English and Journalism at the University of Delaware.

James (Jim) Dodson is Editor of award-winning PineStraw Magazine in Southern Pines, North Carolina, the arts and culture magazine of the Carolina Sandhills. He is also Founding Editor of O.Henry Magazine, the arts and culture sister publication His critically-acclaimed and bestselling books include Final Rounds, Faithful Travelers, The Dewsweepers, Beautiful Madness, The Road to Somewhere, A Golfer’s Life (with Arnold Palmer), Ben Hogan – An American Life, which won the Herbert Warren Wind/USGA International Book Award for 2004. In 2008, he was a featured commentator in the award-winning HBO documentary “Back Nine at Cherry Hills.”

This program is presented in collaboration with the Greensboro History Museum and The Greensboro Public Library.

The Range Bucket List: The Golf Adventure of a Lifetime (Paperback)

This feature require that you enable JavaScript in your browser.
END_OF_DOCUMENT_TOKEN_TO_BE_REPLACED

This feature require that you enable JavaScript in your browser.
END_OF_DOCUMENT_TOKEN_TO_BE_REPLACED

This feature require that you enable JavaScript in your browser.
END_OF_DOCUMENT_TOKEN_TO_BE_REPLACED