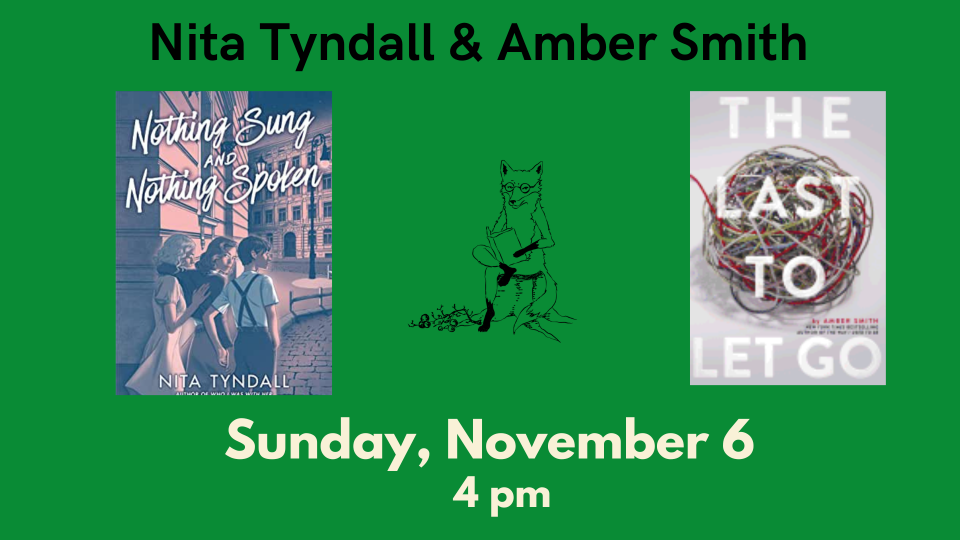 Charlotte Kraus would follow Angelika Haas anywhere. Which is how she finds herself in an underground club one Friday night the summer before World War II, dancing to contraband American jazz and swing music, suddenly feeling that anything might be possible. Unable to resist the allure of sharing this secret with Geli, Charlie returns to the club again and again, despite the dangers of breaking the Nazi Party’s rules. Soon, terrified by the tightening vise of Hitler’s power, Charlie and the other Swingjugend are drawn to larger and larger acts of rebellion. But the war will test how much they are willing to risk—and to lose.From the critically acclaimed author of Who I Was with Her, this beautifully told story of hope, love, and resistance will captivate readers of Girl in the Blue Coat and Last Night at the Telegraph Club.

“A heartbreaking and bittersweet novel about the need for queer joy even in the midst of the horrors of war. The ending had me in tears.”  — Malinda Lo, New York Times bestselling and National Book Award–winning author of Last Night at the Telegraph Club

Nita Tyndall is a passionate queer advocate and literary translator who writes the kinds of books they needed in high school. They have previously written for outlets like Autostraddle, and were part of the Lambda Literary Writer's Retreat in 2017.

Junior year for Brooke Winters is supposed to be about change. She’s transferring schools, starting fresh, and making plans for college so she can finally leave her hometown, her family, and her past behind. But all of her dreams are shattered one hot summer afternoon when her mother is arrested for killing Brooke’s abusive father. No one really knows what happened that day, if it was premeditated or self-defense, whether it was right or wrong. And now Brooke and her siblings are on their own.In a year of firsts—the first year without parents, first love, first heartbreak, and her first taste of freedom—Brooke must confront the shadow of her family’s violence and dysfunction, as she struggles to embrace her identity, finds her true place in the world, and learns how to let go.

* “Smith’s deeply felt sophomore effort (following The Way I Used to Be, 2016) explores the rippling effects of domestic violence and its ability to carry through generations…Vivid characterizations of the extended family Brooke gets to know, along with others who people her first year on her own, bring the story to life.”
― Booklist, starred review

Amber Smith is the New York Times bestselling author of the young adult novels The Way I Used to Be and The Last to Let Go. An advocate for increased awareness of gendered violence, as well as LGBTQ equality, she writes in the hope that her books can help to foster change and spark dialogue surrounding these issues. She grew up in Buffalo, New York, and now lives in Charlotte, North Carolina, with her partner and their ever-growing family of rescued dogs and cats.

Nothing Sung and Nothing Spoken (Hardcover)

The Last to Let Go (Paperback)

This feature require that you enable JavaScript in your browser.
END_OF_DOCUMENT_TOKEN_TO_BE_REPLACED

This feature require that you enable JavaScript in your browser.
END_OF_DOCUMENT_TOKEN_TO_BE_REPLACED

This feature require that you enable JavaScript in your browser.
END_OF_DOCUMENT_TOKEN_TO_BE_REPLACED