SCROLL DOWN TO BUY BOOKS

The Myth of Innocence: Coming of Age in America

Buy tickets for this workshop here. 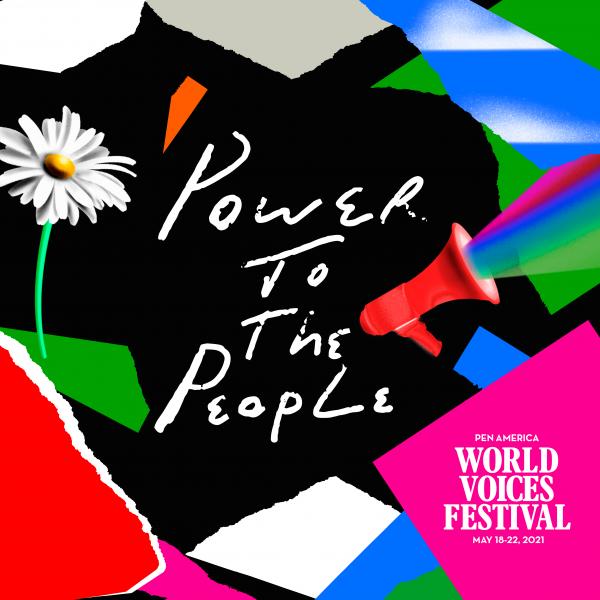 The PEN World Voices Festival of International Literature traditionally brings hundreds of writers from around the world to New York and Los Angeles each spring, drawing audiences of thousands to book talks, readings, and lectures. With those in-person events now impossible to convene, PEN America has curated an ongoing digital version of the Festival that includes a suite of podcasts, videos, interviews, and musical playlists, with live events and other features to be rolled out over the coming weeks. You can learn more about PEN Across America's North Carolina Piedmont Chapter here.

In an era when the agreed-upon factual basis of our daily news is constantly undermined, there has never been a greater need for us to hear the deeper truths afforded by literature. This virtual edition of America’s premier international literary festival will engage with contested histories and memory, challenge the fabrications of truth served to us on an almost daily basis, and celebrate the beauty and power of storytelling.

What's Mine and Yours, from the author of Halsey Street, a sweeping novel of legacy, identity, the American family—and the ways that race affects even our most intimate relationships.

A community in the Piedmont of North Carolina rises in outrage as a county initiative draws students from the largely Black east side of town into predominantly white high schools on the west. For two students, Gee and Noelle, the integration sets off a chain of events that will tie their two families together in unexpected ways over the next twenty years. On one side of the integration debate is Jade, Gee's steely, ambitious mother. In the aftermath of a harrowing loss, she is determined to give her son the tools he'll need to survive in America as a sensitive, anxious, young Black man. On the other side is Noelle's headstrong mother, Lacey May, a white woman who refuses to see her half-Latina daughters as anything but white. She strives to protect them as she couldn't protect herself from the influence of their charming but unreliable father, Robbie.

When Gee and Noelle join the school play meant to bridge the divide between new and old students, their paths collide, and their two seemingly disconnected families begin to form deeply knotted, messy ties that will shape the trajectory of their adult lives. And their mothers—each determined to see her child inherit a better life—will make choices that will haunt them for decades to come. As love is built and lost, and the past never too far behind, What's Mine and Yours is an expansive, vibrant tapestry that moves between the years, from the foothills of North Carolina, to Atlanta, Los Angeles, and Paris. It explores the unique organism that is every family: what breaks them apart and how they come back together.

“At its heart, What’s Mine and Yours is a coming-of-age story—one that examines the unraveling of marriages, complexities of siblinghood and reckonings with parents… Coster portrays her characters’ worlds with startling vitality. As the children fall in lust and love, grapple with angst and battle the tides of New South politics, Coster’s writing shines"―New York Times Book Review

From an award-winning storyteller comes a stunning debut novel, The Five Wounds, about a New Mexican family’s extraordinary year of love and sacrifice.

It’s Holy Week in the small town of Las Penas, New Mexico, and thirty-three-year-old unemployed Amadeo Padilla has been given the part of Jesus in the Good Friday procession. He is preparing feverishly for this role when his fifteen-year-old daughter Angel shows up pregnant on his doorstep and disrupts his plans for personal redemption. With weeks to go until her due date, tough, ebullient Angel has fled her mother’s house, setting her life on a startling new path.

Vivid, tender, funny, and beautifully rendered, The Five Wounds spans the baby’s first year as five generations of the Padilla family converge: Amadeo’s mother, Yolanda, reeling from a recent discovery; Angel’s mother, Marissa, whom Angel isn’t speaking to; and disapproving Tíve, Yolanda’s uncle and keeper of the family’s history. Each brings expectations that Amadeo, who often solves his problems with a beer in his hand, doesn’t think he can live up to.

The Five Wounds is a miraculous debut novel from a writer whose stories have been hailed as “legitimate masterpieces” (New York Times). Kirstin Valdez Quade conjures characters that will linger long after the final page, bringing to life their struggles to parent children they may not be equipped to save.

"With beautifully layered relationships and an honest yet profoundly empathetic picture of a rural community―where the families proudly trace their roots back to the Spanish conquistadors while struggling with poverty and a deadly drug epidemic―this novel is a brilliant meditation on love and redemption. Perfectly rendered characters anchor a novel built around a fierce, flawed, and loving family."
― Kirkus Reviews (starred review)

A livewire debut from one of the most exciting discoveries in today's literary landscape, Dantiel W. Moniz, comes Milk Blood Heat.

The novel depicts the sultry lives of Floridians in intergenerational tales that contemplate human connection, race, womanhood, inheritance, and the elemental darkness in us all. Set among the cities and suburbs of Florida, each story delves into the ordinary worlds of young girls, women, and men who find themselves confronted by extraordinary moments of violent personal reckoning. These intimate portraits of people and relationships scour and soothe and blast a light on the nature of family, faith, forgiveness, consumption, and what we may, or may not, owe one another.

A thirteen-year-old meditates on her sadness and the difference between herself and her white best friend when an unexpected tragedy occurs; a woman recovering from a miscarriage finds herself unable to let go of her daughter—whose body parts she sees throughout her daily life; a teenager resists her family’s church and is accused of courting the devil; servers at a supper club cater to the insatiable cravings of their wealthy clientele; and two estranged siblings take a road-trip with their father’s ashes and are forced to face the troubling reality of how he continues to shape them.Wise and subversive, spiritual and seductive, Milk Blood Heat forms an ouroboros of stories that bewitch with their truth, announcing the arrival of a bright new literary star.

“Like snow in the Sunshine State—“There was a sense of betrayal in it. Like how dare Florida, of all places, try and turn a season”—the short stories in Moniz’s first collection constantly surprise. In unvarnished, visceral prose, Moniz uses the “swampy stench” of Florida as a backdrop to explore the internal and external perfidies of womanhood.”—O, The Oprah Magazine “20 of the Best Books of February 2021 to Fall in Love With”

Brian Young is an author and filmmaker. He graduated from Yale University with a bachelor’s in film studies and Columbia University with a master’s in creative writing. An enrolled member of the Navajo Nation, he grew up on the Navajo reservation but now lives in Brooklyn, NY. As an undergraduate, Young won a fellowship with the prestigious Sundance Institute with one of his feature-length scripts. He has worked on several short films, including Tsídii Nááts’íílid – Rainbow Bird and A Conversation on Race with Native Americans for the short documentary series produced by The New York Times. Young is currently working on his two books with Heartdrum, an imprint of HarperCollins. In addition to pursuing film and writing, he also works as a personal trainer, both online and in person. 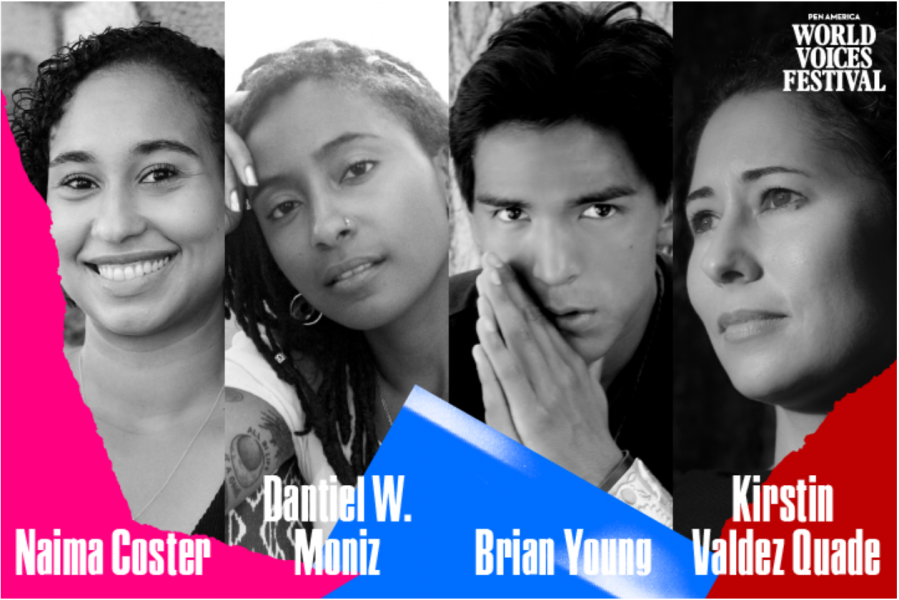 What's Mine and Yours (Hardcover)

The Five Wounds: A Novel (Hardcover)

Night at the Fiestas: Stories (Paperback)

This feature require that you enable JavaScript in your browser.
END_OF_DOCUMENT_TOKEN_TO_BE_REPLACED

This feature require that you enable JavaScript in your browser.
END_OF_DOCUMENT_TOKEN_TO_BE_REPLACED

This feature require that you enable JavaScript in your browser.
END_OF_DOCUMENT_TOKEN_TO_BE_REPLACED