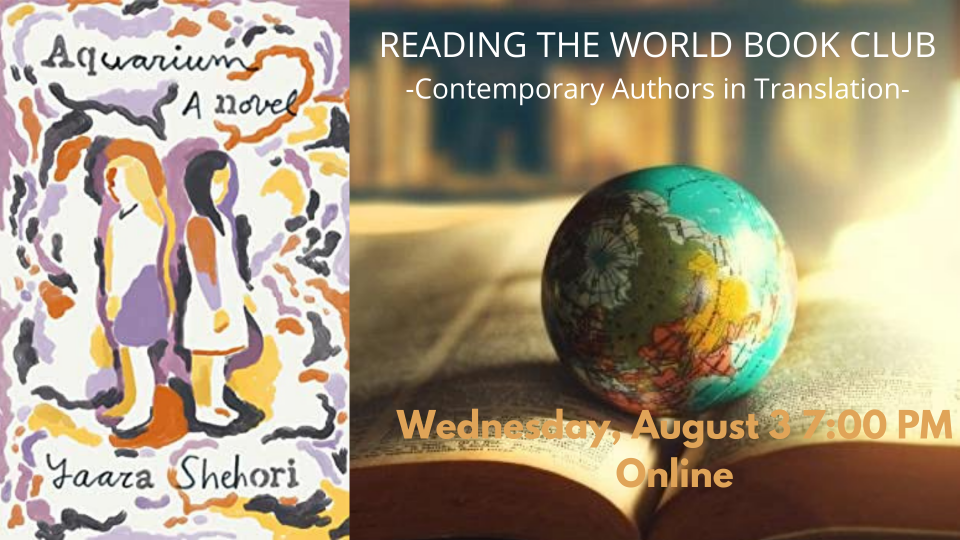 Sisters Lili and Dori Ackerman are deaf. Their parents―beautiful, despondent Anna; fearsome and admired Alex―are deaf, too. Alex, a scrap-metal collector and sometime prophet, opposes any attempt to integrate with the hearing; to escape their destructive influence, the girls are educated at home. Deafness is no disability, their father says, but an alternative way of life, preferable by far to that of the strident, hypocritical hearing.

Living in a universe of their own creation, feared by and disdainful of the other children on their block, Lili and Dori grow up semi-feral. Lili writes down everything that happens―just the facts. And Dori, the reader, follows her older sister wherever she goes. United against a hostile and alien world, the girls and their parents watch the hearing like they would fish in an aquarium.

But when the hearing intrude and a devastating secret is revealed, the cracks that begin to form in the sisters’ world will have consequences that span the rest of their lives. Separated from the family that ingrained in them a sense of uniqueness and alienation, Lili and Dori must relearn how to live, and how to tell their own stories.

"Ambitious, intelligent, and nuanced, Aquarium is a story that interrogates the limits of stories and the words we use to tell them, whether they are made of hand signs, speech sounds, or written letters. The emotional force of Yaara Shehori’s novel turns on what remains unspoken: the fierce attachment of two sisters during childhood and the reverberating consequences of tearing them apart." ―Siri Hustvedt, author of Memories of the Future

"A fascinating coming-of-age tale of two Deaf sisters finding their way in a hearing world . . . Both their perspectives are filled with lyrical and evocative passages . . . A powerful story of sisters and broken families." ―Alma

"With thoughtful character studies of each sister, Aquarium interrogates disability, limitations, and storytelling . . . The novel shines in its depiction of the malleable nature of family histories." ―Laura Chanoux, Booklist

"Shehori has brought into being a memorable fictional world that asks us to rethink our assumptions about family versus community, nature versus nurture, and how we relate to―and communicate with―one another." ―Kirkus Reviews

Yaara Shehori is an Israeli novelist and poet. She has been an editor of Hebrew literature at Keter Books since 2013. In 2015, Shehori was awarded the Prime Minister Levi Eshkol Creative Writing Prize for Writers and Poets and the Minister of Culture’s Prize for Upcoming Writers. She holds a PhD in Hebrew literature from the Hebrew University of Jerusalem and was awarded a Fulbright scholarship and a fellowship from the University of Iowa International Writing Program. In 2017, Aquarium was recognized with the Bernstein Prize for the best original Hebrew-language novel.

Register in advance for this meeting:
https://us02web.zoom.us/meeting/register/tZYof-2urjkrGdff740d8ts08zgRHTzAph72

This feature require that you enable JavaScript in your browser.
END_OF_DOCUMENT_TOKEN_TO_BE_REPLACED

This feature require that you enable JavaScript in your browser.
END_OF_DOCUMENT_TOKEN_TO_BE_REPLACED

This feature require that you enable JavaScript in your browser.
END_OF_DOCUMENT_TOKEN_TO_BE_REPLACED