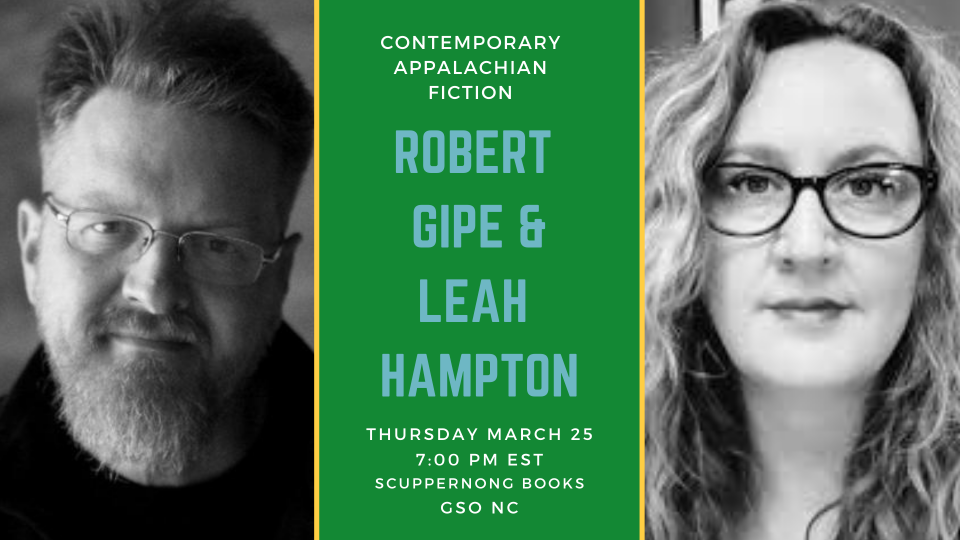 “Haints and heroes dominate Robert Gipe’s Pop, the last installment of a trilogy that takes everything you thought you knew about Appalachia and turns it on its sunburned ear. It’s a satisfying ending to a tribute of misunderstood people in a place where beauty is both tremendous and tattered as a dog-pawed quilt. Gipe’s stories and drawings crackle with a full-throated reverence that is stereotype bending, unsentimental, and utterly original. When the crotch-grabbers get their due, you will laugh, cheer, and shake your head.” --Beth Macy, author of Dopesick: Dealers, Doctors, and the Drug Company That Addicted America

“Robert Gipe is Appalachia’s Willy Wonka. Pop is your golden ticket. It will crack your smile, break your heart, and rouse your soul all in the space of a page.” --Wesley Browne, author of Hillbilly Hustle

Robert Gipe won the 2015 Weatherford Award for outstanding Appalachian novel for his first novel Trampoline. His second (Weedeater, 2018) and (Pop, ​2021). All three novels are published by Ohio University Press. From 1997 to 2018, Gipe directed the Southeast Kentucky Community & Technical College Appalachian Program in Harlan. He is a producer of the Higher Ground community performance series; has directed the Southeast Kentucky Revitalization Project, which trains workers in fields related to creative placemaking; coordinated the Great Mountain Mural Mega Fest; co-produces the Hurricane Gap Community Theater Institute; and advises on It’s Good To Be Young in the Mountains, a youth-driven conference. Gipe formerly worked at Appalshop, an arts center in Whitesburg, Kentucky. Gipe resides in Harlan County, Kentucky. He grew up in Kingsport, Tennessee.

“Hampton writes about Appalachia with such sharpness, such clear-eyed compassion. These stories are deceptively simple―a firefighter’s marriage dissolves, a woman meets an old classmate, a beloved coworker quits―until they are not. These stories take you apart slowly, piece by piece, and by the time you realize what’s happening, it’s already too late. The stories are in your blood now. They live in you, with all their strangeness and decay, isolation and comfort, hellscapes and moments of grace.” --Rachel Heng, author of Suicide Club

Leah Hampton writes about Appalachia, corpses, ecoanxiety, and smart women. Her debut collection, F*ckface and Other Stories, was released by Henry Holt in July 2020. A graduate of the Michener Center for Writers, she has been awarded UT-Austin’s Keene Prize for Literature, the James Hurst Prize for Fiction, and the Doris Betts Prize, and has held fellowships at Hedgebrook, the Adirondack Center for Writing, and the Stadler Center for Poetry at Bucknell University. Her work has appeared in Ecotone, Guernica, McSweeneys, Electric Literature, storySouth, LitHub, and many other elsewheres. She lives in the Blue Ridge Mountains near the Great Smoky Mountains National Park.

Register in advance for this meeting:
https://us02web.zoom.us/meeting/register/tZYvcuyhpzkqEtcz4uvPDXDX6z1yoSjkItfR

F*ckface: And Other Stories (Hardcover)

This feature require that you enable JavaScript in your browser.
END_OF_DOCUMENT_TOKEN_TO_BE_REPLACED

This feature require that you enable JavaScript in your browser.
END_OF_DOCUMENT_TOKEN_TO_BE_REPLACED

This feature require that you enable JavaScript in your browser.
END_OF_DOCUMENT_TOKEN_TO_BE_REPLACED