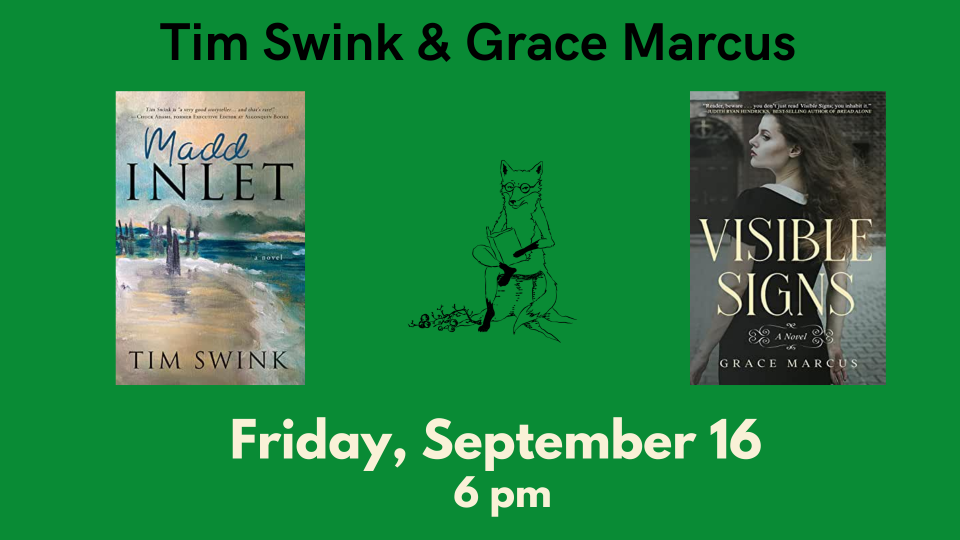 In the aftermath of the turbulent 60s, unable to reconcile her monastic existence in upstate New York with the plight of the community's poor, Sister Jude leaves the convent only to become ensnared in her best friend's crumbling marriage. Intimidated by her talented but overbearing husband, Vincent, a pregnant Connie shows up at Jude's door with her two children in tow.

In Visible Signs you'll meet and fall in love with . . . old friends making new starts, both painful and promising. Like the Mary garden planted in the story, what is planted comes to fruition, feeding the deer as well as these two strong characters who know the price to be paid for claiming themselves. I loved it from start to finish.

For Sister Jude, a life of service to others takes on new meaning as she works to feed the hungry in her community and help a friend fleeing a dissolving marriage. Author Grace Marcus gives us these people with verve and compassion, from the nuns to the immigrants, from a traditional Italian family to the sensitive farmer who might just shift Sister Jude's plans. This story of women re-examining their lives in the 1970s resonates strongly with our own times.

- Valerie Nieman, author of In the Lonely Backwater

In 1969, during the crux of the Vietnam war, Jack Tagger is on the run. As the war in Southeast Asia rages on, he has made the moral decision to resist the draft. In his effort to avoid the authorities and the war, he seeks refuge on a desolate coastal barrier island where unbeknownst to him, while avoiding one war, he finds himself unwittingly caught in the middle of another deadly land-war between two very powerful men at Sunset Beach, North Carolina. When a native American shaman summons the spirit of an innocent victim of that conflict, Jack is again forced to make a potentially lethal choice between good and evil and he learns that, like Madd Inlet, what runs smooth and meandering on top does not always belie what runs just beneath the surface.

Grace Marcus holds a Master in Theatre Arts from Montclair University. Visible Signs is her debut novel. An early version of the book was a semifinalist in the William Faulkner-William Wisdom Creative Writing Competition. Her checkered past includes stints as an actress, waitress, social worker, newspaper editor, and radio and cable TV show producer. Her work has been published in Philadelphia Stories, The Bucks County Writer Magazine, Adanna Literary Journal, TheWritersEye, Women on Writing, Me First Magazine and Embark Literary Journal. A Brooklyn native, she has lived on both coasts, and presently calls North Carolina home where she is working on a new novel and a collection of short stories.

In the Lonely Backwater (Paperback)

This feature require that you enable JavaScript in your browser.
END_OF_DOCUMENT_TOKEN_TO_BE_REPLACED

This feature require that you enable JavaScript in your browser.
END_OF_DOCUMENT_TOKEN_TO_BE_REPLACED

This feature require that you enable JavaScript in your browser.
END_OF_DOCUMENT_TOKEN_TO_BE_REPLACED