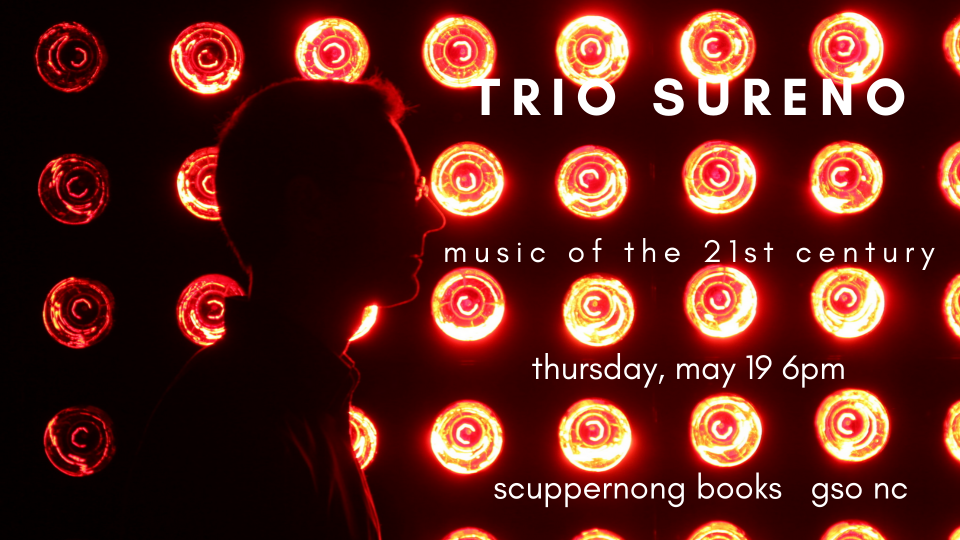 Nancy King is professor and co-ordinator of vocal studies at UNCW, and is an active performer and guest lecturer. In 2014, King co-founded Opera Wilmington, where she serves as the artistic director and stage director. Recent concert appearances include Strauss’s Four Last Songs with the Wilmington Symphony, the Brahms Requiem with the UNCW Concert and Chamber Choirs, and a southeastern North Carolina tour of Bach concerts with Chamber Music Wilmington. King has appeared as soloist in Handel’sMessiah with the Toronto Classical Singers; Vaughn Williams’s Serenade to Music with the Oregon Bach Festival Chorus in Eugene, Oregon; Carl Orff’s Carmina Burana; Barber’s Knoxville: Summer of 1915; Canteloube’s Chants D’Auvergne; and the Poulenc Gloriawith the Wilmington Symphony. Operatic roles include Fiodiligi in Mozart's Così fan tutte, Hannah Glawari in Lehár’s The Merry Widow, Cunegonde in Bernstein’s Candide, Adele in Strauss’s Die Fledermaus, Susanna in Mozart’s Le Nozze di Figaro, Euridice in Gluck’s Orfeo ed Euridice, and Belinda in Purcell’s Dido and Aeneas. King was a member of the Grammy Award-winning Oregon Bach Festival Chorus from 1998-2004, under the direction of Helmuth Rilling.

Robert Nathanson, guitarist, recitalist and orchestral soloist, now focusing mostly as an ensemble performer giving concerts throughout the United States and Europe.  He has been performing as part of the Ryoanji Duo (guitar and saxophone) and the North Carolina Guitar Quartet since 1992 and as part of Duo Sureño (guitar and soprano) since 1999.  A champion of new music, Robert has commissioned, premiered, and recorded works by David Kechley, William Neil, Jing Jing Luo, Ernesto García de León, Marilyn Shrude, Andrew York and many others.  Since 2010 he has been the Artistic Director for PRO MUSICA, a concert series celebrating the music of living composers, sponsored by and performed at the Cameron Art Museum in Wilmington, NC.  He has released several CDs, the last four includes all world premiere recordings of new commissions.  The latest is Waking the Sparrows with duo partner, Nancy King, on the Ravello Recordings label.  http://www.robertnathanson.com - http://www.duosureno.com

Swiss saxophonist and composer living in Greensboro, NC, Laurent Estoppey devotes himself mostly to music and arts of today. In 2016, he was nominated for the Herb Alpert Music Awards.  Numerous collaborations with composers have led him to create at least two hundred works but also to open him to the composition world. Now his musical activity is divided between written music and improvisation, and it occurs throughout Switzerland, many European countries, but also in the Americas, Russia and South Africa. He works with many orchestras in Europe, conducted – among others - by James Levine, Marek Janowski, Christian Zacharias, Kazuki Yamada, Neeme Järvi, Diego Matheuz and Heinz Holliger.  Beside having founded and developed numerous chamber music groups, Estoppey is a member and artistic director of Swiss ensemBle baBel and COLLAPSS  (Music, dance, poetry, visual arts in Greensboro). His discography includes more than twenty-five recordings featuring on Claves records, Aussenraum Records, Insubordinations (CH), Thödol (F), Out and Gone and NOVA (USA).  As a composer, he works for various settings and contexts, including concerts, performances, as well as sound installation and video art works.  His pieces have been performed in festivals and conferences such as SCL, SEAMUS, NASA and the World Saxophone Congress.  As an educator, Estoppey is regularly invited to lead improvisation workshops for musicians of all levels and all instruments, as well as saxophone, improvisation and contemporary music masterclasses.
Estoppey is a reference artist for Italian saxophone maker Rampone-Cazzani,  is a D’Addario Performing artist and a Rovner ambassador.  www.laurentestoppey.com

This feature require that you enable JavaScript in your browser.
END_OF_DOCUMENT_TOKEN_TO_BE_REPLACED

This feature require that you enable JavaScript in your browser.
END_OF_DOCUMENT_TOKEN_TO_BE_REPLACED

This feature require that you enable JavaScript in your browser.
END_OF_DOCUMENT_TOKEN_TO_BE_REPLACED