(Scroll Down to Order) 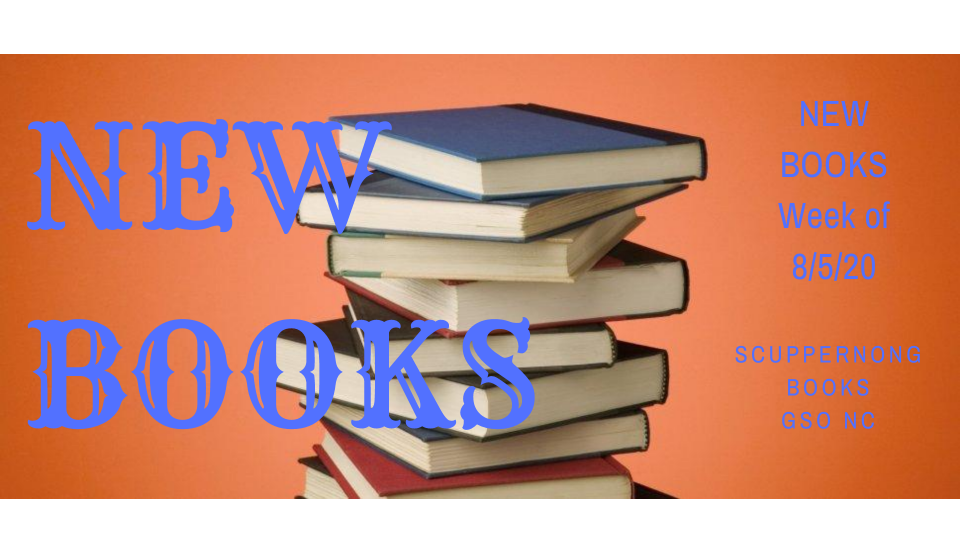 Belabored: A Vindication of the Rights of Pregnant Women by Lyz Lenz

"In Belabored, Lyz Lenz burrows inside our culture's myths and fantasies about motherhood, mining her own deeply personal experiences to reveal a far uglier and more complex truth. Lenz is that smart, acid-tongued friend who entertains you with jaw-dropping stories while daring you to think more deeply. Belabored is riveting, riotous, and bracingly honest."-- Pamela Colloff, senior reporter at ProPublica and staff writer at the New York Times Magazine

The Boy in the Field by Margot Livesey

"How lucky the world is that Margot Livesey has turned her usual keen and sympathetic writer's eye to the Lang children as they struggle to make sense of a terrible crime and the sensitive, mysterious young victim who suffers in the aftermath. From its taut and frightening opening chapter to its final, mournful pages, The Boy in the Field is a tender, deeply humane exploration of family, philosophy, and what it means to grow up, to keep secrets, to care for one another, and most importantly, what it means to hold another's heart in yours, always, with tenderness and mercy."--Elizabeth Wetmore, author of Valentine

The Lazy Genius Way: Embrace What Matters, Ditch What Doesn't, and Get Stuff Done by Kendra Adachi

"Kendra has a heart for infusing the mundane and practical with a profound sacredness. Frankly, it's infuriating how she manages to be effortlessly instructional, inspirational, and hilarious all at the same time, but the world is such a better place for it. I've never been more thankful for someone's voice." --Knox McCoy, author of All Things Reconsidered

The Standardization of Demoralization Procedures by Jennifer Hofmann

"Gorgeous, dark, and haunted... a masterpiece of restraint, insight, and style... There is an extraordinary clarity of perception in these pages and one is astonished time and again at Jennifer Hofmann's prodigious gifts... It is a singular feat for a book about subject matter this chilling to make the reader feel so deeply; and yet that is part of the work of timeless literature, which is what this incandescent novel surely will come to be regarded as."-- Matthew Thomas, New York Times bestselling author of We Are Not Ourselves

"A resonant coming-of-age romance set in the outskirts of Port-au-Prince, Haiti. Miller does justice to his belief that Haitians have survived by saving themselves, not through outside intervention. The love story of Zo and Anaya tugs the heartstrings." -Publishers Weekly

"If you haven't yet discovered the offbeat genius of Kathleen Rooney, start here with a novel both heartbreaking and sharply funny. It justifies its own premise on the first page, and quickly surpasses that premise. Cher Ami and Major Whittlesey is brilliant and surprising at every turn."--Rebecca Makkai, Pulitzer finalist for The Great Believers

The Collected Poems of Chika Sagawa translated by Sawako Nakayasu

"One of the most innovative and prominent avant-garde poets in early twentieth-century Japan . . . Deep pain and deep beauty oscillate throughout Sagawa's work." --The New Yorker

"A marvelously weird and fablelike mystery. . . . Authors with Tokarczuk's vending machine of phrasing . . . and gimlet eye for human behavior. . . are rarely also masters of pacing and suspense. But even as Tokarczuk sticks landing after landing . . . her asides are never desultory or a liability. They are more like little cuts -- quick, exacting and purposefully belated in their bleeding. . . . This book is not a mere whodunit: It's a philosophical fairy tale about life and death that's been trying to spill its secrets. Secrets that, if you've kept your ear to the ground, you knew in your bones all along." -- New York Times Book Review

The Second Founding: How the Civil War and Reconstruction Remade the Constitution by Eric Foner

The Second Founding... demonstrates [Foner's] talent at unearthing insights about the Civil War and Reconstruction eras, in particular how Americans defined and acted on the ideals of freedom and democracy.... [He writes] in what another eminent historian, Christopher Lasch, called 'plain style' direct and vivid prose without a trace of specialized language, which anyone with a passing interest in the subject can read, learn from, and enjoy.--Michael Kazin

Things We Didn’t Talk about When I Was a Girl: A Memoir by Jeannie Vanasco

Luci was born without a shadow. Mamá says no one notices. But Luci does. And sometimes others do too. Sometimes they stare, sometimes they tease Luci, and sometimes they make her cry. But when Luci learns to look at what makes her different as a strength, she realizes she has more power than she ever thought. And that her differences can even be a superpower.

Me & Mama by Cozbi A. Cabrera
On a rainy day when the house smells like cinnamon and Papa and Luca are still asleep, when the clouds are wearing shadows and the wind paints the window with beads of water, I want to be everywhere Mama is. With lyrical prose and a tender touch, Mama and Me is an ode to the strength of the bond between a mother and a daughter as they spend a rainy day together.

The Revenge of the Werepenguin by Allan Woodrow

When we last saw our hero Bolt Waddle, he'd narrowly escaped the clutches of the evil Baron Chordata, but not the fate of becoming a half-boy, half-penguin for life. Living with his penguin colony far from other humans, he's adjusting to life as a full-time werepenguin when his bandit friend Annika tracks him down and begs for his help. Her father has been imprisoned by the Earl of Sphen, another ruthless werepenguin who rules his small country with an iron flipper. Bolt and Annika recruit a washed-up pirate and a plucky were-gull to help with their rescue mission, but as they get closer to victory, they realize that the Earl of Sphen isn't the only werepenguin whose sinister plans could cause their downfall.

Keeper of Lost Cities Illustrated and Annotated Edition by Shannon Messenger
Twelve-year-old Sophie has never quite fit into her life. She’s skipped multiple grades and doesn’t really connect with the older kids at school, but she’s not comfortable with her family, either. The reason? Sophie’s a Telepath, someone who can read minds. No one knows her secret—at least, that’s what she thinks…But the day Sophie meets Fitz, a mysterious (and adorable) boy, she learns she’s not alone. He’s a Telepath too, and it turns out the reason she has never felt at home is that, well…she isn’t. Fitz opens Sophie’s eyes to a shocking truth, and she is forced to leave behind her family for a new life in a place that is vastly different from what she has ever known.

Los Angeles, 1992  Ashley Bennett and her friends are living the charmed life. It’s the end of senior year and they’re spending more time at the beach than in the classroom. They can already feel the sunny days and endless possibilities of summer. Everything changes one afternoon in April, when four LAPD officers are acquitted after beating a black man named Rodney King half to death. Suddenly, Ashley’s not just one of the girls. She’s one of the black kids.

As violent protests engulf LA and the city burns, Ashley tries to continue on as if life were normal. Even as her self-destructive sister gets dangerously involved in the riots. Even as the model black family façade her wealthy and prominent parents have built starts to crumble. Even as her best friends help spread a rumor that could completely derail the future of her classmate and fellow black kid, LaShawn Johnson.

Raised among the ruins of a conquered mountain nation, Maren dreams only of sharing a quiet life with her girlfriend Kaia—until the day Kaia is abducted by the Aurati, prophetic agents of the emperor, and forced to join their ranks. Desperate to save her, Maren hatches a plan to steal one of the emperor’s coveted dragons and storm the Aurati stronghold. If Maren is to have any hope of succeeding, she must become an apprentice to the Aromatory—the emperor’s mysterious dragon trainer. But Maren is unprepared for the dangerous secrets she uncovers: rumors of a lost prince, a brewing rebellion, and a prophecy that threatens to shatter the empire itself. Not to mention the strange dreams she’s been having about a beast deep underground…

With time running out, can Maren survive long enough to rescue Kaia from impending death? Or could it be that Maren is destined for something greater than she could have ever imagined?

Belabored: A Vindication of the Rights of Pregnant Women (Hardcover)

The Boy in the Field: A Novel (Hardcover)

The Lazy Genius Way: Embrace What Matters, Ditch What Doesn't, and Get Stuff Done (Hardcover)

The Standardization of Demoralization Procedures (Hardcover)

Drive Your Plow Over the Bones of the Dead: A Novel (Paperback)

The Second Founding: How the Civil War and Reconstruction Remade the Constitution (Paperback)

Things We Didn't Talk About When I Was A Girl: A Memoir (Paperback)

The Revenge of the Werepenguin (Hardcover)

Our storefront is currently open to limited walk-in traffic and by appointment for socially-distanced browsing.

This feature require that you enable JavaScript in your browser.
END_OF_DOCUMENT_TOKEN_TO_BE_REPLACED

This feature require that you enable JavaScript in your browser.
END_OF_DOCUMENT_TOKEN_TO_BE_REPLACED

This feature require that you enable JavaScript in your browser.
END_OF_DOCUMENT_TOKEN_TO_BE_REPLACED