READING THE WORLD: A weekly series focusing on contemporary international authors you might not have heard of. 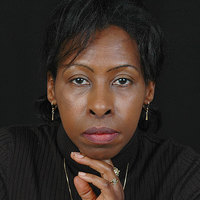 Born in Rwanda in 1956, Scholastique Mukasonga experienced from childhood the violence and humiliation of the ethnic conflicts that shook her country. In 1960, her family was displaced to the polluted and under-developed Bugesera district of Rwanda. Mukasonga was later forced to leave the school of social work in Butare and flee to Burundi. She settled in France in 1992, only 2 years before the brutal genocide of the Tutsi swept through Rwanda. In the aftermath, Mukasonga learned that 27 of her family members had been massacred.

Twelve years later, Gallimard published her autobiographical account Cockroaches, which marked Mukasonga’s entry into literature. This was followed by the publication of The Barefoot Woman in 2008 and L’Iguifou in 2010, both widely praised. Her first novel, Notre-Dame du Nil, won the Ahamadou Kourouma prize and the Renaudot prize in 2012, as well as the Océans France Ô prize in 2013 and the French Voices Award in 2014. Cockroaches, translated by Jordan Stump, was published in English in 2016, while The Barefoot Woman, also translated by Stump, was published in 2018

Scholastique Mukasonga reveals, throughout the book, the daily life, customs, and labor that bound mother and daughter and the rest of the Tutsi women to each other and to their land. Each chapter represents a different window into their entwined lives: on “Bread,” on “Sorghum,” on “Beauty and Marriage.” The encroaching violence against Rwanda is felt from the first pages but is anchored by the mother whose worry for her children drives her fastidious efforts to save them; she teaches them the path to the border, she hides food, she listens like a hawk to any sounds of approaching militia. A Finalist for the National Book Award for Translated Literature, The Barefoot Woman is described by Zadie Smith as a “simultaneously a powerful work of witness and memorial, a loving act of reconstruction, and an unflinching reckoning with the Rwandan Civil War.” The memories of childhood, a lost home, a mother who sacrificed herself are the pounding heart of the book, and Mukasonga has produced a work that anyone who might read it will remember.  –Eleni Theodoropoulos, Editorial Fellow, LitHub

Our storefront is currently open by appointment only for socially-distanced browsing Monday-Saturday, 10:00-5:00.

This feature require that you enable JavaScript in your browser.
END_OF_DOCUMENT_TOKEN_TO_BE_REPLACED

This feature require that you enable JavaScript in your browser.
END_OF_DOCUMENT_TOKEN_TO_BE_REPLACED

This feature require that you enable JavaScript in your browser.
END_OF_DOCUMENT_TOKEN_TO_BE_REPLACED